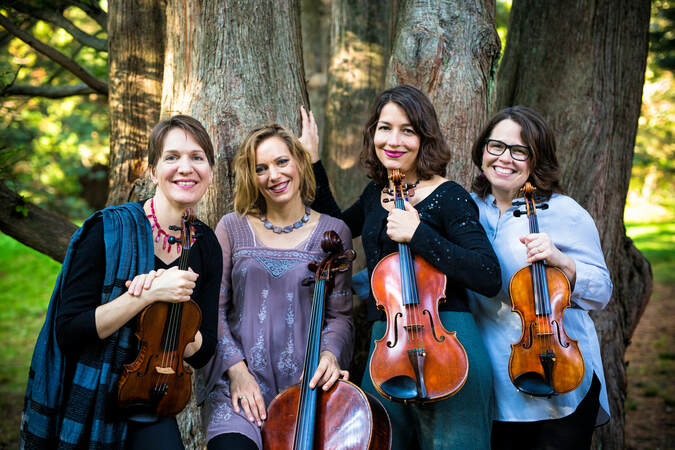 Primarily formed to make joyful music among friends playing from the robust string quartet canon, the Craft Ensemble has also sought to promote the works of female composers of both the past and of today.
​Join us for an evening of contemporary string quartets including music by Jessie Montgomery, Osnat Netzer and more. 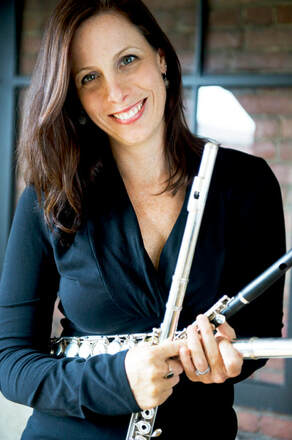 Flutist Sarah Brady called “enchanting” (Boston Globe) and “clairvoyantly sensitive” (New Music Connoisseur), is principal flute with the Boston Modern Orchestra Project and appears with the Boston Symphony Orchestra, The Boston Pops, Boston Ballet, Firebird Ensemble, Brave New Works and the Radius Ensemble. She has premiered and recorded new music from many of today’s leading composers, is a prizewinner in the Pappoutsakis Flute Competition and the National Flute Association’s Young Artist Competition, and Chair of the National Flute Association’s New Music Advisory Committee.  Sarah is currently Associate Flute Professor at the Boston Conservatory where she is also the Director of the Classical Contemporary Music Program. Her solo, chamber and over 50 orchestral recordings can be heard on the Albany, Naxos, Oxingale, Cantaloupe and BMOP/Sound labels.
​
​Joined by pianist Yoko Hagino, tonight's program includes music by Eve Beglarian,
​Michael Fiday, Eun Young Lee, and Oliver Messiaen.
​
​ 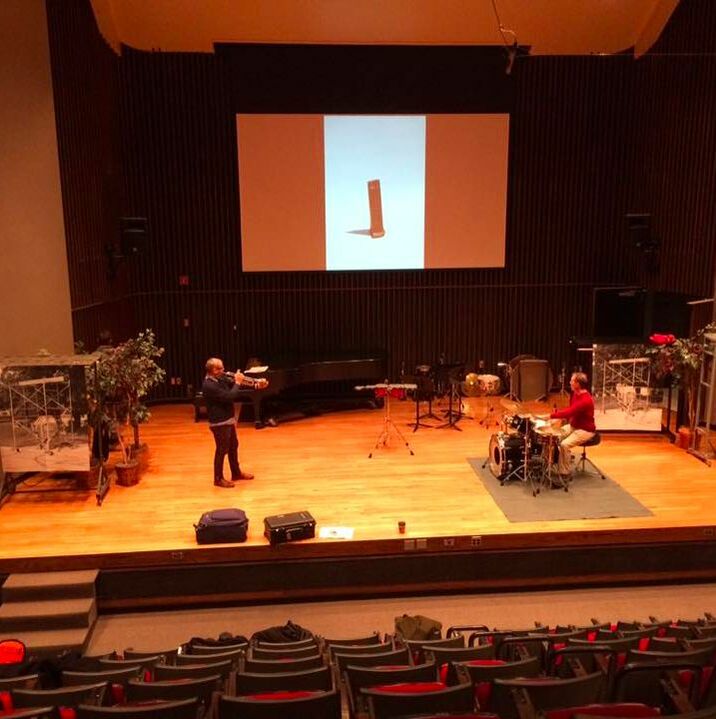 Composers and performers Aaron Trant and Nate Wooley will bring an evening of original compositions and free improvisation.

Nate Wooley, one of the most in-demand trumpet players in the burgeoning Brooklyn jazz, improv, noise, and new music scenes, has often been cited as being a part of an international revolution in improvised trumpet.  He is considered one of the leading lights of the American movement to redefine the physical boundaries of the horn, as well as demolishing the way trumpet is perceived in a historical context still overshadowed by Louis Armstrong.  A combination of vocalization, extreme extended technique, noise and drone aesthetics, amplification and feedback, and compositional rigor has led one reviewer to call his solo recordings “exquisitely hostile."

Deemed as both an “engaging” composer as well as a ”sure, adept, and nuanced” percussionist by The Boston Music Intelligencer, Aaron Trant is an active musician in the Boston area and beyond.  Cited for his “melodic, if unpitched, voice” (Spendzine), and routinely demonstrating "his extraordinary talent...versatility [and] absolute dependability...", Aaron’s eclectic knowledge of classical, jazz, rock, contemporary and improvised music has made him an asset to many ensembles throughout the United States. He is the cofounder, performer and composer for the After Quartet, one of the few groups dedicated to the art of live musical accompaniment of silent film and also acts as the assistant director, percussionist and composer for both the Boston based new music groups Firebird Ensemble and Primary Duo. His percussion trio, Spiral, can be found on Bachovich Music Publications. 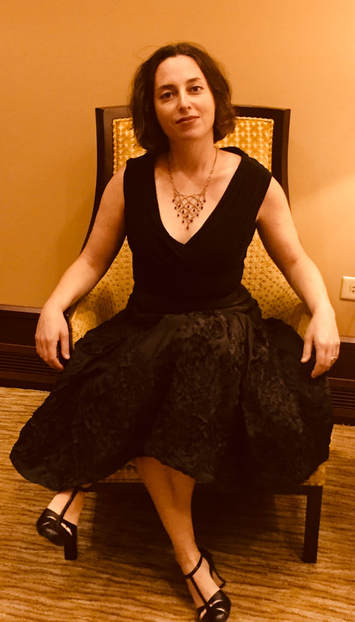 Hailed as “sumptuous and eloquent” by the Boston Globe, pianist Sarah Bob is an active soloist and chamber musician noted for her charismatic performances, colorful playing and diverse programming. A strong advocate for new music and considered a “trailblazer when it comes to championing the works of modern composers and combining art media in the process...” (Northeast Performer), she is the founding director of the New Gallery Concert Series, a series devoted to commissioning and uniting new music and contemporary visual art with their creators. The goal, her strong suit, is to introduce music in a loving, inclusive, and intoxicating way. Inspired by current events, she is also the creator of ”The Nasty Cooperative:” numerous pop up dialogue driven artistic events created to build community, help raise funds for organizations in need, and encourage others to do the same. Sarah is an original member of many ensembles including her piano/percussion group, Primary Duo, the 20th and 21st century focused Firebird Ensemble, and Radius Ensemble, a chamber music collective that presents both the traditional and cutting edge.

Recognized as a risk taker and cited for an “ideal combination of all-stops-out abandon and sure-footed technical control” by 21st Century Music, she is top prizewinner of the International Gaudeamus Competition 2001 and grant recipient of the Yvar Mikhashoff Trust for New Music. Sarah is most recently featured as one of Boston’s Most Inspiring Stories in the Boston Voyagerand maintains other accolades including Outstanding Alumni Award from the New England Conservatory of Music, the St. Botolph Club Foundation’s Grant-in-Aid Award, an honor that recognizes the quality of her work and artistic merit, the first annual John Kleshinski Award in honor of her daring, exciting and high quality New Gallery Concert Series presentations, a successful three year fellowship at the prestigious St. Botolph Club, and funding from the Trust for Mutual Understanding that brought her to Sofia, Bulgaria and Berlin, Germany to present and perform music by living American composers. She can be heard playing music
on Tzadik, Albany Records, Cauchemar, NLM Records, BMOP/sound label, collaborations with the Boston Modern Orchestra Project on New World and Oxingale Records, Avie Records, one of which was recognized as one of best classical recordings of 2016 by The ARTery, Ludovico Ensemble Edition, Radius Ensemble, and more recording projects underway, including her second solo album.
sarahbob.net.