MISSION
​
The mission of the Mary K. Hail Music Mansion is to enrich the cultural life of Rhode Island by providing a unique and distinguished concert hall and reception facility in a beautiful, Neo-Georgian manor home, for musical events and other gatherings with a musical component.
HISTORY OF THE MUSIC MANSION

The Music Mansion is one of the cultural treasures of Rhode Island. For almost a century, the hall has been filled with the sounds of beautiful music, from children playing in their first piano recital, to professional musicians delighting a Sunday afternoon crowd with masterpieces by Mozart or Bach.

In 1928, Mary K. Hail of Providence employed architect Albert Harkness to design a home for her. Her home, now called the Music Mansion, is sited on College Hill, looking out over downtown Providence. Built in the style of an 18th century English manor house, the structure is unique in that it was designed for Mrs. Hail to live on the second floor, while the
main floor consisted of a small concert hall, reception rooms, and a kitchen.

Upon her death in 1948, Mrs. Hail bequeathed her home to the Providence community to be available for concerts to advance the public’s interest in and appreciation for music. She appointed Rhode Island Hospital Trust National Bank as trustee of the Music Mansion and left a trust fund to maintain the building.

Today, the Music Mansion continues to serve the community as it moves into a new phase of more professional management and expanded use.
THE MUSIC MANSION TODAY

The Music Mansion is a center of musical activity for all ages, young and old. Solo recitalists, chamber music groups, and vocal ensembles perform here. Music teachers consider the Music Mansion the premier hall for student recitals because of its two grand pianos, intimate concert space, and gracious, comfortable setting.  The Music Mansion offers an ideal space for young musicians to develop their talents. Children from ages five through high school meet at the Music Mansion for monthly performances as part of the Chopin Student Club and the Chopin Young Musicians Club activities. Music scholarship competitions for music students are held at the Music Mansion, sponsored by the Chaminade Club, the National Association of Teachers of Singing, and the RI Music Teachers Association. Sunday afternoon musicales at the Music Mansion take advantage of the hall’s fine acoustics. Sponsored by the venerable Providence music clubs — the Chaminade Club, Chopin Club, Schubert Club, and University Glee Club, these musical events, open to the public, offer a program of lovely music followed by tea and pastries, keeping alive the tradition of Providence music clubs in the time of Mrs. Mary K. Hail. 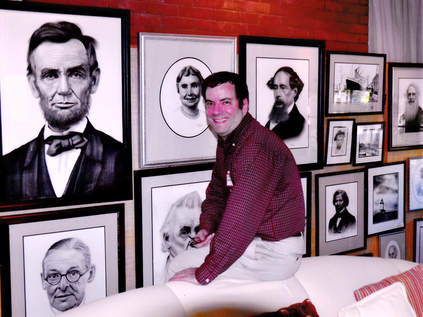 Mary Kimball Hail was a classical musician and patron of music. Born in Atlanta, Georgia, her music studies took her to Berlin and London. She was a singer and an accomplished classical pianist.  After settling in Providence, she became active in the musical life of Rhode Island, founding the Chaminade Club of Providence in 1905 and several times serving as its president. She also served as president of the Plymouth District of the National Federation of Music Clubs as well as president of the Rhode Island State Federation of Music Clubs.  Mrs. Hail had a strong interest in promoting classical music and especially in involving young people in music-making. When her new home at 88 Meeting Street was built, a Providence Sunday Journal article dated June 18, 1928 noted:  "The Music Mansion is a wing of the new home of Mrs. George Hail. . . her long leadership of municipal organizations in Providence and the State led her to create this large wing for the benefit of youthful artist and musical clubs." 88 Meeting Street was not only Mrs. Hail’s home, but also became a focal point of musical activity in Providence. In her later years when infirmity required the use of a wheelchair, Mrs. Hail found it more difficult to get around. But at the Music Mansion, she could roll her wheelchair from her second floor rooms directly onto a small balcony overlooking the concert hall so that she could listen to a rehearsal or concert going on below.  When Mrs. Hail died in 1948, she made a magnificent gift to the community.  We are greatly indebted to Mary K. Hail for her love of music, her generosity, and her foresight in making the Music Mansion available as a beautiful concert space for countless music lovers, music students and musicians over the generations.
BOARD OF DIRECTORS

To make a tax-deductible donation, please click the link below (PayPal or credit card). Please make your check payable to
Friends of the Music Mansion, 88 Meeting Street, Providence, RI.